Friends of the Earth, Sea & Space Center Board

The members of the board share a strong commitment to supporting Friends of the Earth, Sea & Space Center and its mission to bring a high quality science center to the New Hampshire seacoast. They represent a broad cross-section of professional, community, and cultural backgrounds.
Board of Directors
Crystal Ward Kent
​Chair and Founder 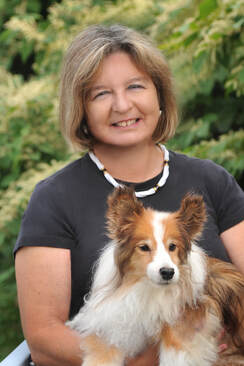 ​Crystal Kent graduated from the University of New Hampshire with a degree in journalism and a minor in wildlife ecology.  She has worked for the Maine Tourism Association, as an assistant editor at the University of New Hampshire, and in the corporate sector where she managed a wide range of communications efforts. She later started her own business, Kent Creative, an award-winning creative services agency providing writing, design, PR and marketing. Crystal is passionate about nature education and has created numerous exhibits, programs and materials about the natural world for science centers and schools. She is also a well-known free-lance writer, and regularly writes articles about animals, ecosystems and issues affecting our planet for a wide range of publications and audiences. She makes her home in Eliot, Maine with her family and rescue pets.
Dr. Joseph St. George
​Vice Chair
Marcia Peverly
​Secretary
Cheryl Walsh
​Director 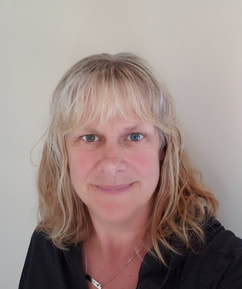 ​Cheryl Walsh holds a Bachelor’s degree from the University of New Hampshire. She currently works for Blackbaud, a leader in nonprofit software.  Cheryl assists a wide range of national nonprofit clients with their databases and fundraising campaigns. Prior to working at Blackbaud, Cheryl was the Manager of Individual Giving for New Hampshire Public Broadcasting. She worked at the PBS station for 20 years and was responsible for securing one-third of the station’s funding through gifts from individuals. Cheryl enjoys spending time with her family, and is also an avid horsewoman, doing everything from trail riding to versatility.
LaRae Mayo
​Director LaRae Mayo is a fourth generation Portsmouth, New Hampshire native who has recently returned to the Seacoast. She is passionate about the region and the environment and is committed to giving back to the planet. Before moving back to New Hampshire, Mayo was a successful entrepreneur in Aspen, Colorado, running a private jet business and also launching solid careers as a free-lance coach and motivational speaker. She is eager to help other young women raise the bar in their own lives through education. Since returning to the Seacoast Mayo has embarked on a burgeoning career as an actress in model in addition to her other business endeavors. A mom of two, Mayo will soon receive her Bachelor of Arts in Sustainability from Colorado Mountain College and looks forward to embarking on a long-term ocean research project.

Advisory Board
Dr. Clyde Roper is the world’s foremost biologist on cephalopods and giant squid. Now an emeritus staff member, Clyde has worked as a zoologist in the Department of Invertebrate Zoology at the Smithsonian's National Museum of Natural History since 1966. He conducted extensive research on the diversity, morphology, behavioral systematics and biology of cephalopods (squids, octopuses, nautiluses, and cuttlefishes), and in deep-sea biology. Clyde is also a pioneer in the field of bioluminescence (the production of cool light by living organisms) in mid-water cephalopods, as he and a colleague proved the hypothesis of counter-illumination, by which deep-sea life uses bioluminescent light as a form of camouflage from predators in the blackness of the deep sea. He has discovered and described new species, a number of new genera, and one new family of cephalopods.

Clyde received his bachelor's degree in biology from Transylvania University, Lexington, KY, in 1959. He received both his master's degree (in 1962) and his doctorate (in 1966) from what was then called the Institute of Marine Sciences at the University of Miami in Florida. (It is now the Rosensteil School of Marine and Atmospheric Sciences.) Clyde has published more than 100 works in scientific journals and books. The United Nations' Food and Agricultural Organization published Roper's Catalog of Cephalopods of the World in 1984. The book describes the biology and distribution of cephalopods that are used for human food and fishery resources around the world.
Captain Christopher J. Cassidy was born in Salem, Massachusetts but considers York, Maine to be his home. He graduated from York High School in York, then completed Naval Academy Prep School in Newport, Rhode Island in 1989. He received a Bachelor of Science in Mathematics from the U.S. Naval Academy in 1993, and a Master’s of Science in Ocean Engineering from the Massachusetts Institute of Technology in 2000. He holds honorary doctorates from Husson University and the University of Maine at Augusta.

A former Navy SEAL, Cassidy completed combat missions in Afghanistan. He received the Bronze Star with combat “V,” and was then awarded a second Bronze Star for combat leadership service in Afghanistan in 2004; he also received a Presidential Unit Citation for leading a nine-day operation in the Zharwar Kill Cave on the Afghanistan/Pakistan border.
In 2004, NASA selected him to be an astronaut. Cassidy made his first foray into space in 2009 as a Mission Specialist aboard the Endeavor. He was the 500th person in history to be launched into space. Endeavor’s mission was to deliver various key components to the Space Station, assemble them, and initiate several science experiments. Cassidy returned to the Space Station in 2013 as a Flight Engineer. In 2015, he became NASA’s 14 th Chief Astronaut and served in this capacity for two years. Cassidy is a veteran of three space flights, 10 space walks and has flown to the International Space Station (ISS) aboard both the Endeavor and the Russian Soyuz spacecraft. Overall, he has spent 377 days in space. For his final NASA mission, he returned to the Space Station in March of 2020, and was there through late fall of that same year.
​
Other lifetime achievements include finishing the Ironman World Championship triathlon in Kona, Hawaii in 2014, and his trip through the Amazon. Cassidy biked through the Amazon in 2018 along with his brother and another scientist to draw attention to the plight of the rainforest—whose destruction he has seen from space. He is passionate about preserving the health of our planet and plans to do more in the area of environmental education now that he has recently retired from NASA.
​Dr. Winsor Watson, University of New Hampshire - Marine Program, professor and researcher on the neurobiology, behavior, physiology, and biological rhythms of marine animals (lobsters, nudibranches, fish and horseshoe crabs).
​Dr. David Bartlett, Research Professor Emeritus University of New Hampshire - Earth, Oceans & Space Institute (EOS), former director UNH SpaceGrant, former assistant director EOS.
Dr. Barry Rock, Research Professor Emeritus University of New Hampshire Earth Systems Research Center/Natural Resources and the Environment. Faculty Fellow in the Office of Engagement & Faculty Development
​Jane Glaser (deceased), former special assistant for the Smithsonian Institution Office of Arts & Humanities, and one of the nation’s foremost museum educators, specializing in the planning and operating of museums.  Jane advised Friends of the Earth, Sea & Space Center on much of the initial planning of the Center, and provided key advice on its planned operations.
Powered by